A Love Affair With a House 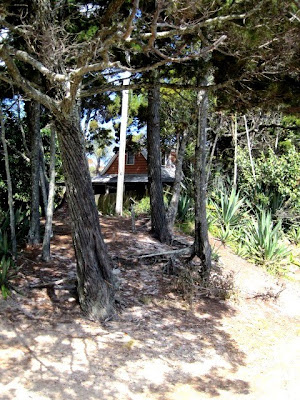 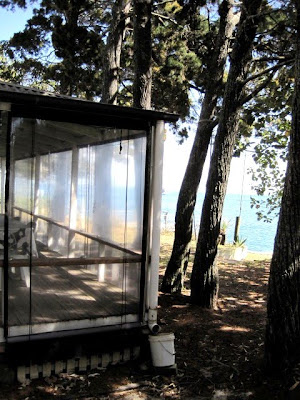 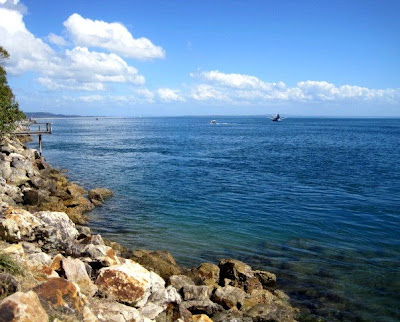 My husband and I have had an obsession with a little waterfront house which is located at Amity Point on Stradbroke Island for quite a few years now. It is a cape cod style house which needs lots and lots of TLC {and white paint}. Whenever we drive from Point Lookout {where our little beach house is located} down to the fishing town of Amity Point we always slow the car down to a snails pace for a quick look and and a quick check to see that it is still there waiting for us. On the weekend I took a few photos to share with you. Maybe one day our dream will come true... 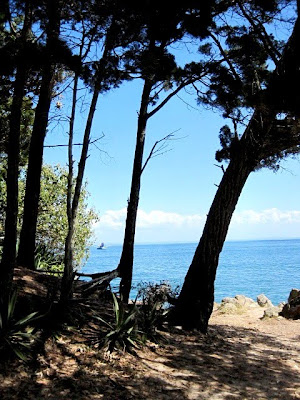 I have read stories about other people finding a house they love, dreaming about it for years and then becoming the owners down the track. It seems that sometimes, these sorts of dreams really do come true!

One particluar story I love is that of iconic Australian artist Ken Done and his cabin which he found and fell in-love with when he was 14 years of age. Ken uses the cabin, which is right on the edge of Sydeny Harbour, as his art studio. I have included an excerpt below from Studio International; 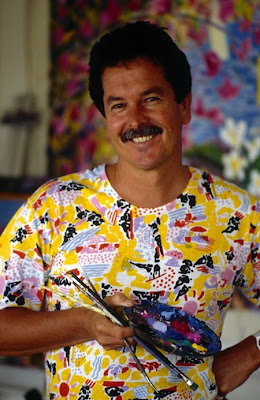 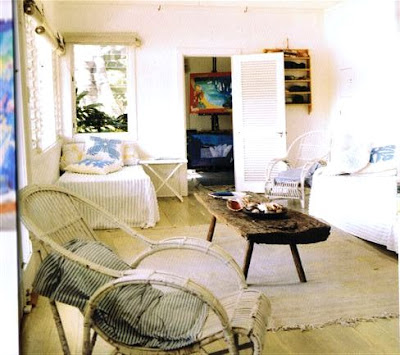 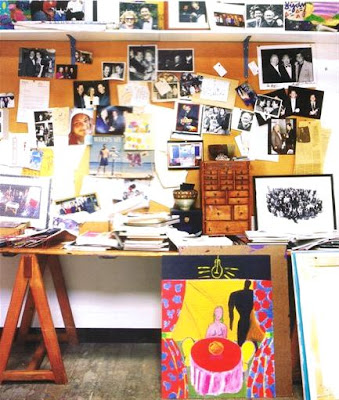 The Cabin studio at Mosman, overlooking Chinaman's Beach on Middle Harbour, was acquired by Ken Done in 1979, after he had leased it for sometime prior.

His first encounter with the building that subsequently became a most vital source of inspiration was when Ken was 14 when he and a friend took an alternative route from Cremorne to Balmoral Beach. Walking along the foreshore via Chinaman's Beach, Ken Done recalls his delight at discovering the small cottage:

"Suddenly, miraculously, underneath a huge tree was the most wonderful little building that I had ever seen. It was very much in the style of "The Wind in the Willows", but Australian. A house right by the edge of the water on the rocks, under a spreading Morton Bay Fig and a Camphor Laurel tree. It stood at the point where the rocks and sand and water and beach and land all met. A perfect holiday house or a fisherman's cottage."

By the time that Ken Done's previous studio, The Nook was demolished he knew the owner of The Cabin. The Cabin had been let to a series of tenants and Ken Done made it clear that he very much wanted to lease it to use as a studio. His childlike enthusiasm for the Cabin represents his joy and passion for the place. The components of the cabin studio represented perfection for Ken Done: an exquisite view over the Middle Harbour, marvellous trees and flowers, an exotic paradise. The view of the upper level of the Cabin from the wooden veranda provided Ken Done with further inspiration. It is a view onto a myriad of light effects, the endless patterning of boats, the drama of storms, the power and beauty in nature all from a secure vantage point. In the area surrounding the house, he and Judy have created an oasis of garden which Ken has painted constantly and where in the early years there he shared with his family at weekends. 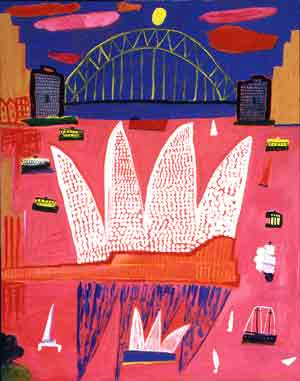 To have loved a property for so many years and then to have been able to acquire it is an amazing and inspiring story. Ken Done certainly expresses a true sense of Australian style in his work and it is evident that his cabin and it's surrounds have been a huge source of inspiration for his paintings over the years. It was obviously meant to be that he would one day own the place of his dreams.