Lars Sjöberg is an art historian and curator of the National Museum of Stockholm.
He is a well-known author of beautiful published books about Swedish furniture.
He is mentionned in a lot of international magazines.
In the 1990's he designed a Swedish furniture line for Ikea.
Lars Sjöberg owns 6 beautiful houses in Sweden.


The most impressive of his houses is the house Ekensberg, located on the banks of the Lake Mälaren, about 40 km away from the Swedish capital Stockholm.


The house was built in the neoclassical style and was finished in 1790. The house became a monument belonging to the very neoclassical period which invaded the country of Sweden after the return of king Gustav III from Italie in 1784.


Lars Sjöberg is renovating this house since 1976 and claims that the work is never finished!


Gustav III was living for a few years at Versailles and became passionated of the neoclassical style.
So that explains why this elegant style exploded in Sweden and why a lot of houses were built in a neoclassical way, with french, english, german and dutch influences.


The images on below are all from the house Ekensberg. 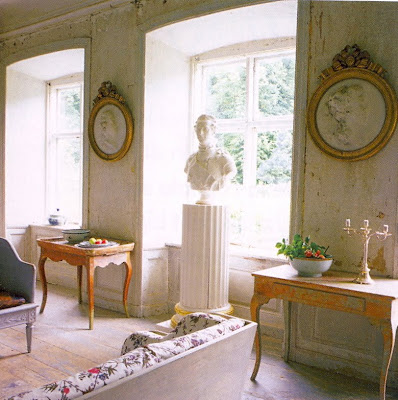 The sitting area at Ekensberg. 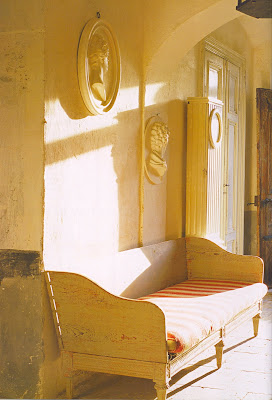 A Swedish bench in the entrance hall. 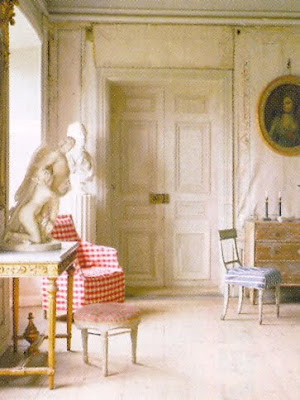 Again the red and the blue fabrics in this place. 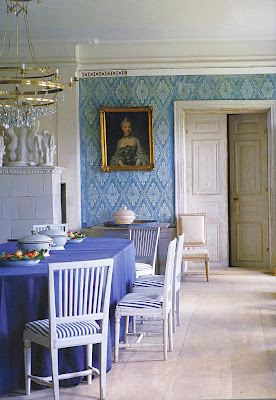 The dining room with the typical blue colour for wall paper and tablecloth. 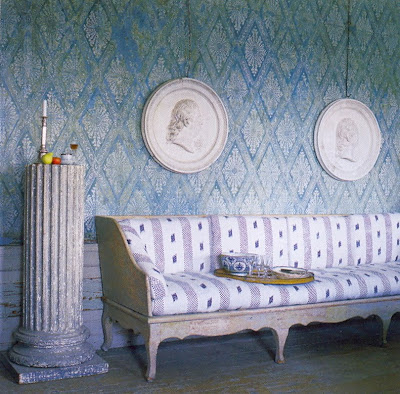 The sofa, dated ca. 1790, is painted in grey and the fabric is a copy of an 18 th century original fabric.
The wooden column is painted in a "faux marbre" technique.
The wall-paper designs are in a french directoire style.
And on the wall medaillons of Johan Tobias Sergel, the sculptor of king Gustav III. 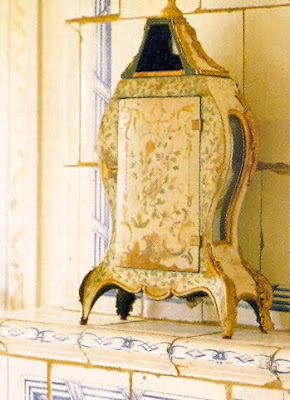 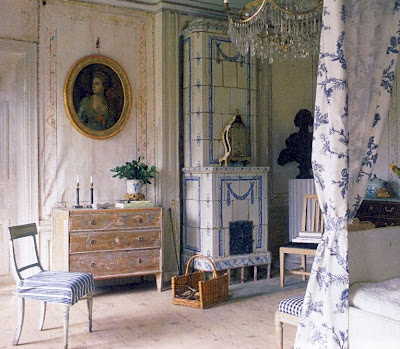 A french bed "lit à baldaquin".
On the walls you can see panels covered with a fabric with flowers and bows.

And again that blue even for the bed! 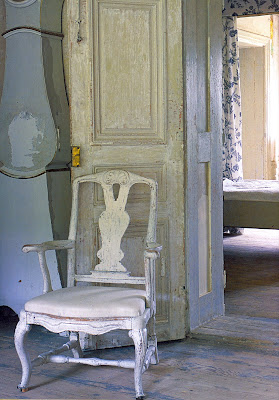 And of course a mora clock will not be absent in a Swedish interior.
I love that chair! 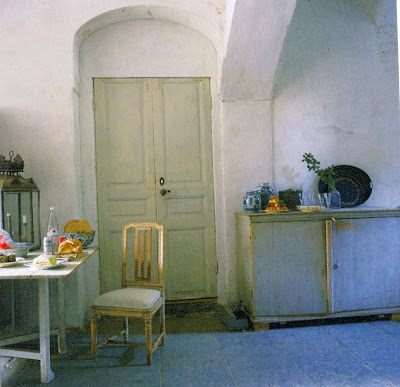 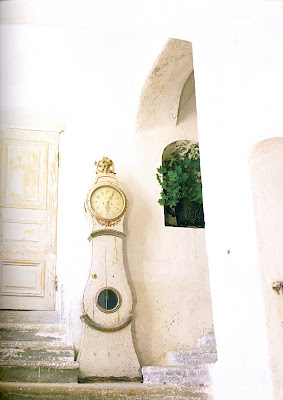 Another beautiful clock in the house.

One of the many busts seen in the house Ekensberg.

And for those who are intrested in finding Swedish antiques in Belgium, I will give you the webaddress of an antiques dealer in Antwerp The Old and The Beautiful. http://www.the-old-and-the-beautiful.be.

Here some pieces of Swedish furniture to discover on their website. 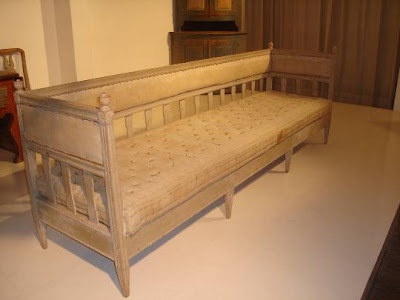 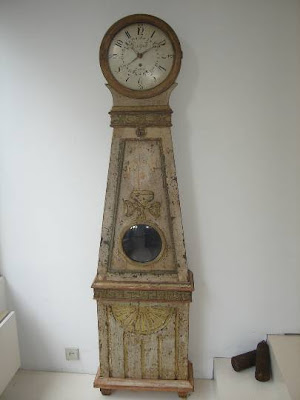 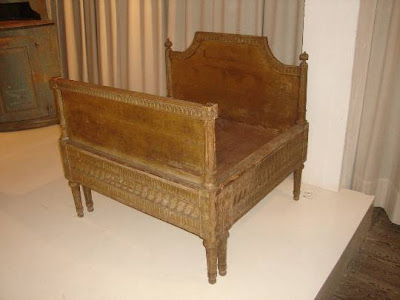 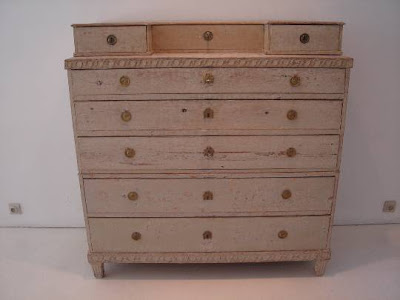