Art exhibitions in Belgium - not to miss

Actually, there are 2 wonderful art exhibitions at the musem BOZAR in Brussels, which ar really not to miss!

Following their initial collaboration in 2009, which focused on the collection of the House of Savoy, the museums of Flanders and of northern Italy are once again putting their respective schools of painting into perspective with a stunning selection of pictures. From the 15th to the 18th century, the exhibition presents four centuries of contrast between 15 masterpieces from the Royal Museum of Fine Arts Antwerp and some fifty paintings from the Accademia Carrara in Bergamo, one of the finest collections of Venetian paintings in existence. Venetian and Flemish Mastersis organised chronologically in four sections, one for each century; within each section, four major themes are highlighted - the portrait, saints in a natural setting, the sacred and the profane, and panoramic views. In thequattrocento Bellini's portraits influenced Van Eyck, while the northern painter exportedhis naturalism. In thecinquecento the Venetians moved beyond the techniques of the Flemish Primitives. Titian, Tintoretto, and Veronese created an explosion of colour and brought new light into the landscapes of Patenier. In theseicento, Rubens, in Italy, had an influence on Tiepolo. Thesettecento, finally,saw a proliferation of styles in a Venice in decline, from Canaletto's snapshots to the sarcastic genre paintings of Guardi, which influenced the love of excess in the work of Jordaens. In short: the Venetian and Flemish schools could not have existed without each other. (text source www.bozar.be) 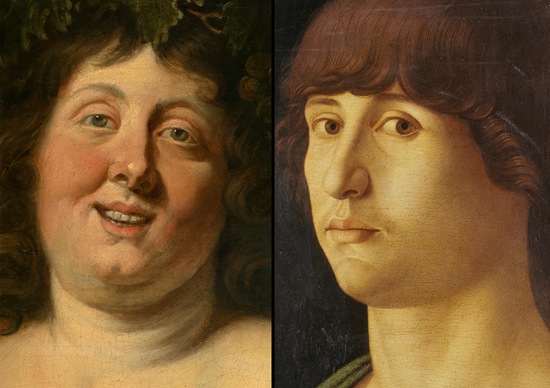 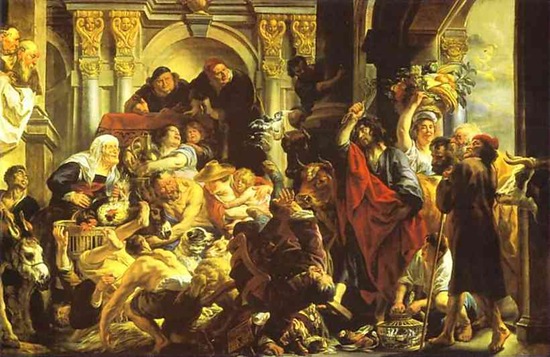 Jacob Jordaens, The Purification of the Temple (Louvre, Paris) 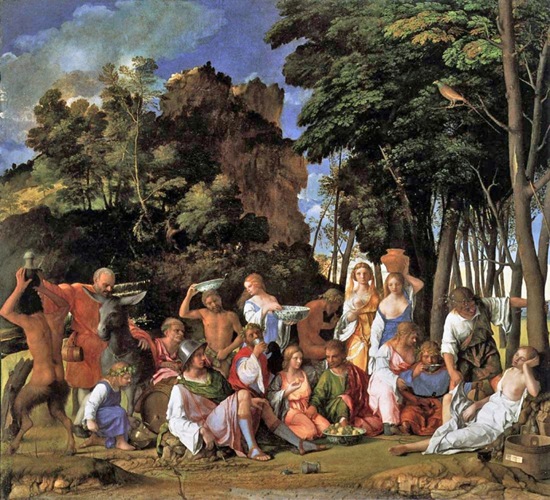 Discover the exhibition with the curator Giovanni Gederico Villa. 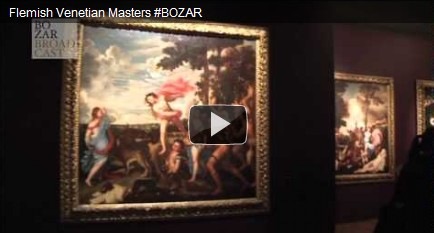 A second exhibition at the BOZAR is the Retrospective of our Belgian artist LUC TUYMANS.

F or the first time, Belgium is hosting a major retrospective devoted to its renowned artist Luc Tuymans. Following a series of US cities, Brussels is the first – and only – European city where the exhibition, a co-production by the San Francisco Museum of Modern Art and the Wexner Center for the Arts, can be seen. In their selection the curators have highlighted a number of series, each of which was conceived and developed as a coherent whole by Tuymans. These have been specially brought together again for the exhibition from (mostly private) collections all over the world. In total there are some 75 works in the exhibition, offering a chronological overview of 30 years of creative work. Via topics such as the Second World War, (post-)colonialism, and 9/11, subjects such as violence, history and nationalism, perception and surveillance are addressed. Tuymans raises the issue of the immediacy of the ever-present, consumable image. His subdued colour palette plays a prominent role in this context, as does his unique, deceptively impassive but expressive style. For the first time, the exhibition offers an opportunity to see the Super 8, Super 16 and 35 mm films that Tuymans shot in the early days of his career; alongside photographs and images from popular culture, these continue to bear fruit in his working methods today.
Luc Tuymans - Retrospective is organised by the San Francisco Museum of Modern Art and the Wexner Center for the Arts, Ohio State University, Columbus. Generous support has been provided by Bruce and Martha Atwater. Additional support has been provided by Carla Emil and Rich Silverstein, by Flanders House, the new cultural forum for Flanders (Belgium) in the United States and by the Flemish Government. (text source www.bozar.be) 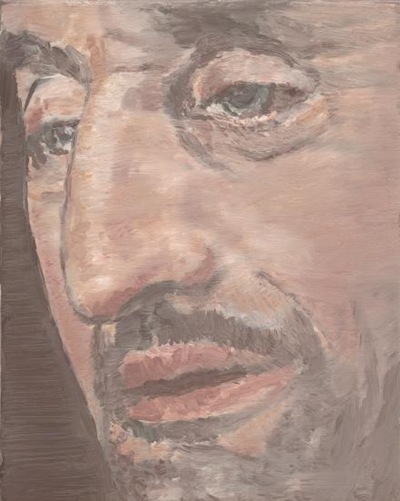 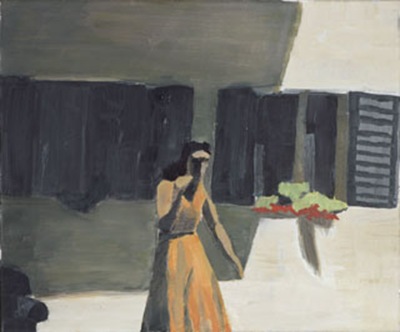 FOR MORE INFORMATION ABOUT THOSE 2 EXHIBITONS : www.bozar.be

As an art lover and living in Belgium, be sure to visit these wonderful exhibitions! And all of you, my readers, who have planned a trip to Belgium within these coming months, be sure to not leave Belgium before a visit at the Bozar!

Don’t forget to enter my Beta-Plus book give-away before the 25th of February!