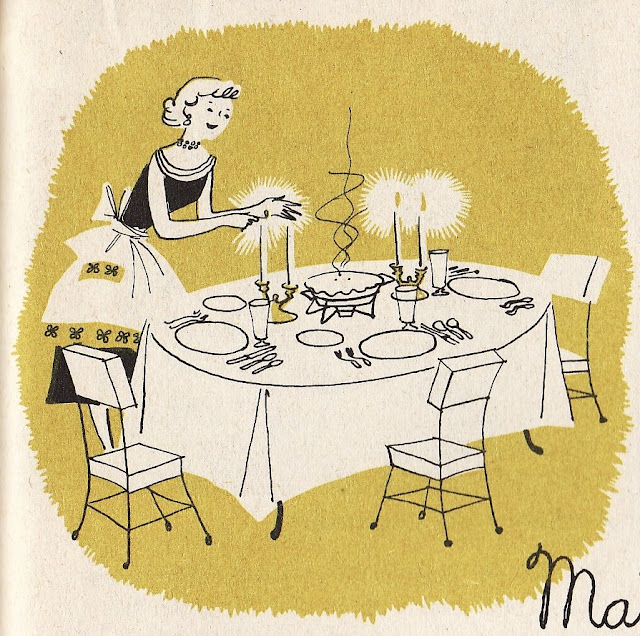 I wanted to wish everyone a Happy Thanksgiving.  This Thanksgiving, I am
spending it on vacation with the other half in Palm Springs and Los Angeles.
It is my first time to Palm Springs and it has been many years since I've been
in the City of Angels as a tourist.  Staying in Santa Monica next to the pier
and promenade and dragging the other half on a tour of star homes :)  I've
been to Los Angeles so many times but I never went on the tour.  Secretly, I
just want to ogle all of those neighborhoods of gorgeous homes... 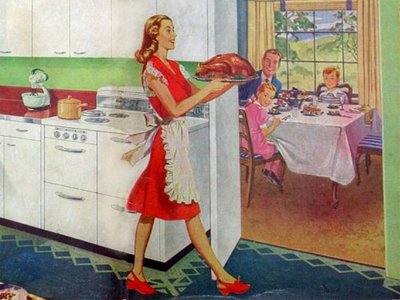 ﻿
As many of you know, I'm a midcentury modern architecture nut and
I thought this vintage illustration of Turkey day is very appropriate. 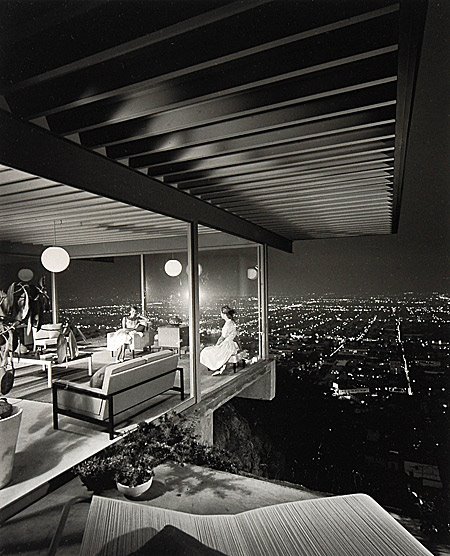 This is probably one of the most iconic midcentury house in Los Angeles.  Case
Study House #2 (the Stahl house) by Pierre Koenig.  The house has been owned
by the same family since the house was built (the Stahl family.)  Julius Schulman
the beloved and famous architectural photographer made the two houses in this
post iconic with his photos.  I had no idea the house is now open on specific
weekends for showings.  If you're ever in the LA area and would like to see the
house, check out their website:  The Stahl House 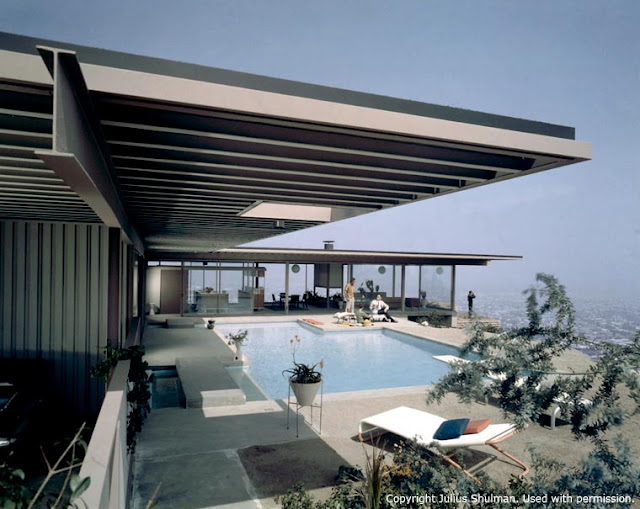 Isn't the house just wildly amazing?  It has been in many films and advertisements.
Who could resist such as setting, view and wonderful architecture? 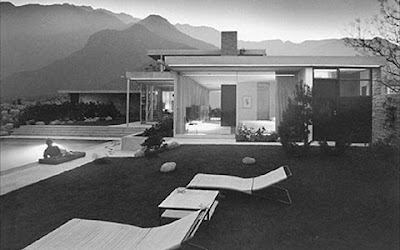 ﻿
The second house is in Palm Springs and was designed by famed midcentury
architect Richard Neutra (Viennese born architect) in 1946.  The photo is
also by Julius Schulman.  Architectural historian Beth Edwards Harris and
her then-husband purchased the home for $1.5 million in 1992 and hired
the L.A. architecture firm Marmol Radziner & Associates to
meticulously restore the house to the original design by Neutra. 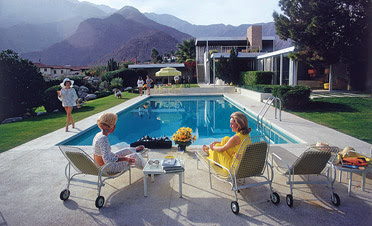 Another iconic photo of the same house by Slim Aarons who
captured the beautiful, bold and jet setting rich and famous in
their native environents. 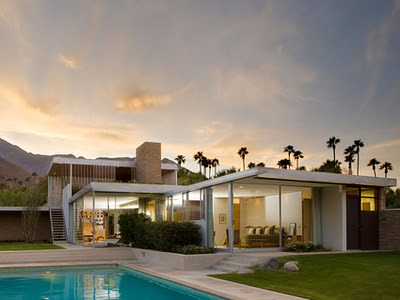 A photo of the Kaufmann house by Neutra after the renovation.
It is called the Kaufmann house becuase Edgar J. Kaufmann Sr.
hired Neutrato design the house for the family.  Kaufmann was a
Pittsburgh department store tycoon. The interesting thing is that a
decade earlier, Kaufmann had commissioned Frank Lloyd Wright
to build Fallingwater in Pennsylvania which is probably the most
famous residential houses that Frank Lloyd Wright ever built.
Wright was not happy that Kaufmann had hired Neutra instead of
him to build his desertgetaway.  It seems that Kaufmann had quite
an eye for architectural talent having comissioned not one, but two
of the most iconic midcentury homes every built. 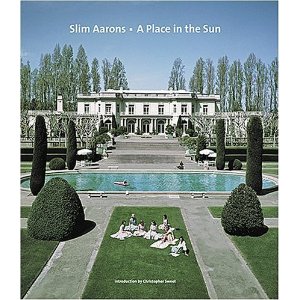 A Place in the Sun
by Slim Aarons
My book pick of the week of you that liked the photo by
Slim Aarons above.  Slim Aaron's photography makes for
really great art on the wall.  I would definitely check his
books out - they make gorgeous coffee table books as well
as have collections of his photos in conveniently bound
tomes.
Thoughts on midcentury houses, architects and designers?
Favorite things in Palm Springs or LA?
Photos from Google Images & Julius Schulman
at 12:12 PM
Newer Post Older Post Home