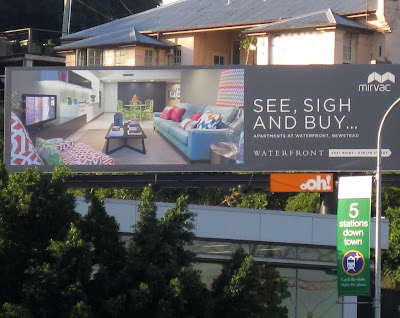 The scheme we originally presented to Mirvac

Late last week a new billboard went up in Brisbane which was being unveiled as my brother was coincidentally driving past it.

He dialled my number excited to advise me that my latest project was being unveiled as we spoke on a humongous billboard down in the Valley.

That afternoon, Harry and I went in search of the so-called humongous billboard. We went around and back and down and up the street approximately 5 times with great excitement. I nearly crashed the car 2 times trying to take a photo of it.

Saturday morning my parents couldn’t help but take a drive past the billboard.

Monday morning a client emailed us saying she had seen the billboard.

This morning another one of my clients commented on the billboard.
And tonight my husband said – “Where’s your billboard in the Valley? I’m heading down there tomorrow and I want to drive past it…” 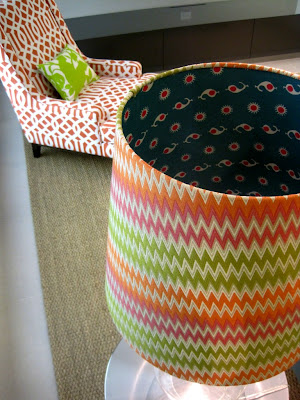 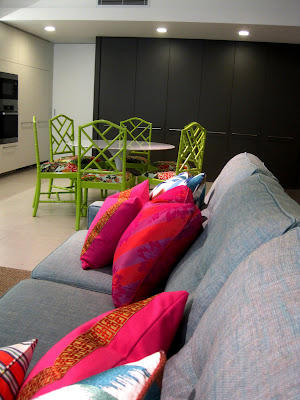 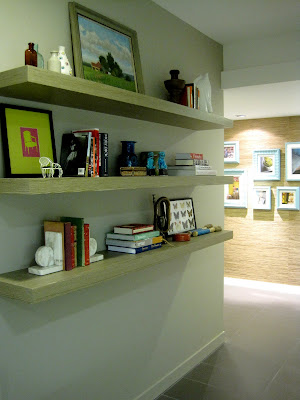 One of my favourite things was selecting all the books and accessory pieces {some new and some vintage} for the shelving we had installed.

Remember that little snippet of a job I posted a week or two ago?? Well, that’s the one on the billboard.


“To be working on one of Brisbane’s finest developments is truly exciting. I feel that my fresh and uplifting design for the Park display apartment is in tune with Mirvac’s philosophy of excellence and vision. When I think of Park I imagine expanses of lush green grass, leafy trees with natural bark clad trunks, colourful clothes and celebrations, mixed with urban elements such as vibrant graffiti and eclectic retail offerings. These are the things that have inspired my design for the display apartment. I want it to be fresh and colourful and I want the design to show people that they don’t have to have a ‘catalogue’ perfect interior to match a Park apartment. It can be colourful, it can be collected, it can be made up of vintage furniture mixed with more modern pieces. There are no rules. My vision with Park is to inspire people with my designs and encourage them to embrace their own unique style with their own Park apartment.”

I hope that my colourful design will be something different for Brisbane. We are so used to seeing ‘SAFE’ display apartments here. It is so exciting to be involved with a company like Mirvac who does think outside the square and who wants to be seen as different to the pack. 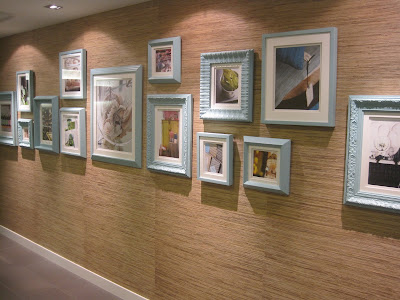 The cluster wall as conceptualised by Tony at Thyme Design

And on a final note…

Feedback on the apartment so far has been very positive. However, I have to share this with you…

My mother’s dearest friend and probably one of my biggest supporters went and had a look at the display on the weekend. She overheard the conversation of an older couple...

The husband said – “What were they thinking with those green chairs?”
The wife replied – “Oh Darling, get with the times – it’s for the young ones. They love it…” 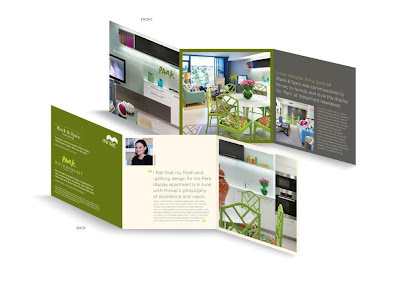 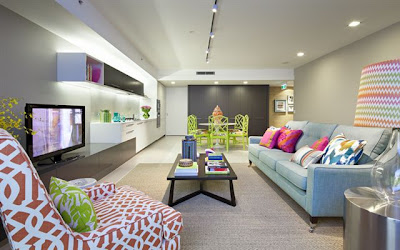